I have decided to start a tumblr to see how it goes!
thejessymonster.tumblr.com

Posted by Unknown at 7:34 AM No comments:

Email ThisBlogThis!Share to TwitterShare to FacebookShare to Pinterest
Labels: Other

So lately I've been putting most of my time into a piece that I started quite a while ago, and then set aside for... oh, life, and all that grown-up stuff. It's coming along nicely, but I don't quite have a finished piece to post just yet, so instead I thought I would show a little of my process work.

It started with a little doodle in one of my sketchbooks (it was so long ago that I have no idea which one it is, so at this point, I won't be posting it) that I enlarged, topped with some tracing paper, and tightened up. Then I scanned it, dropped it in Photoshop, did some minor editing, came up with a couple of color studies, and picked the one I liked best. 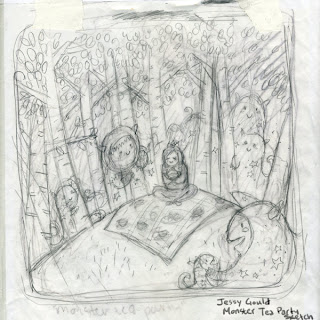 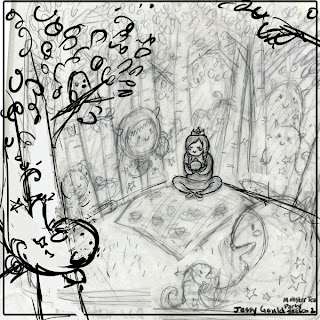 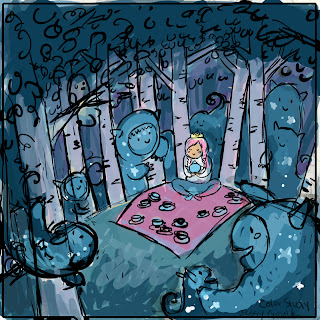 The last time I posted about this piece (back in January.... yipes), I had just barely begun to lay down the color layers that would (will) become the finished work. It is much, much further along now and its neat for me to see the progress that I've made on it so far. The image I posted in January was this one: 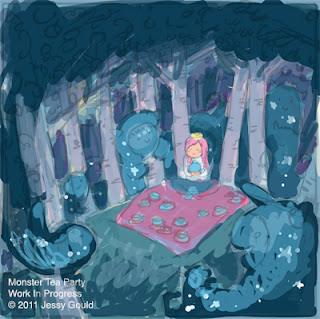 But now, after picking the project back up and working on it off and on for the past couple of weeks, it looks like this: 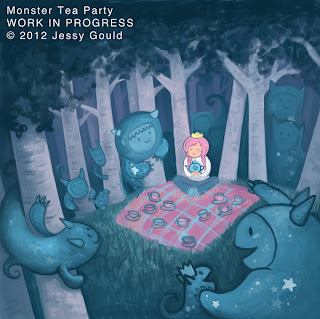 It's almost there.
Posted by Unknown at 5:41 PM No comments:

I stare at the sky a lot. 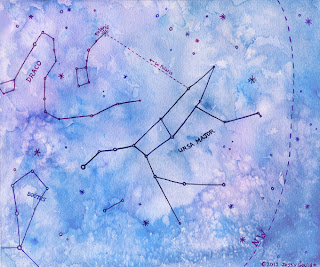 I made a star map of Ursa Major and some of the surrounding constellations for fun.  This is relatively accurate and applies to what those of us in the Northern Hemisphere will see this August. 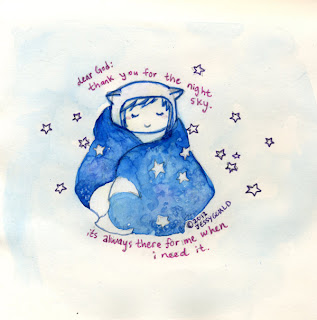 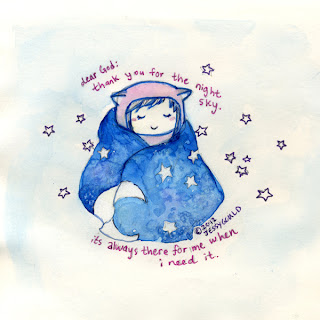 Seriously, nothing calms me down like being outside and looking up at the stars.

Posted by Unknown at 1:44 PM No comments:

How I feel today.

How I feel today: 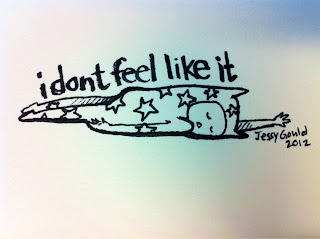 On the bright side though... I just managed to post this from my phone. Pardon the weird coloration... I took the picture with my phone, too. In a dark room. With obviously poor lighting. Is that an artist foul or something?
Posted by Unknown at 1:06 PM No comments:

Being a grown up is tough.

So... I haven't used my art supplies in so long that they were covered in dust. 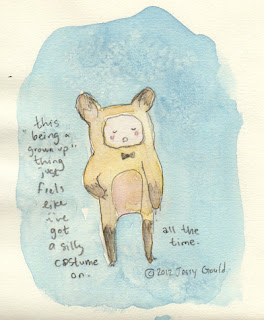 Posted by Unknown at 7:27 PM No comments:

So it's a new year, and my resolution should probably be to keep up with the artistic side of my life more, and it is... somewhat.  I'm currently working two jobs and attempting to maintain a fairly decent social life, but I will continue to mash in as much art stuff as I can.  I've got a couple of projects that are in progress (they may or may not have been in this state for a while...) but I figured I would post some of them to prove that I still do artwork, despite my currently very busy state. 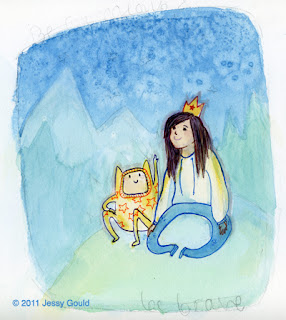 I started this one traditional, just as a silly doodle.  But then something happened and I decided I rather liked it and wanted to push it a bit further.  I wasn't satisfied with how the traditional one was turning out, so I decided to start a digital version as well and let it turn into whatever it would turn into.  I might try to re-do the traditional one, too. 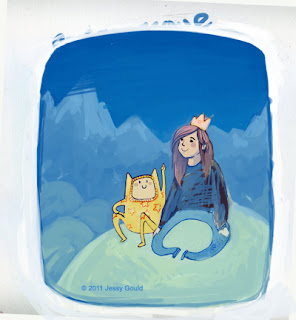 This next project is one that I'm pretty excited about, actually, but being that it's still in just a rather fancy color study state, it's got a while to go before I'm going to call this one complete. 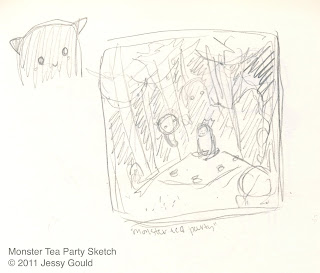 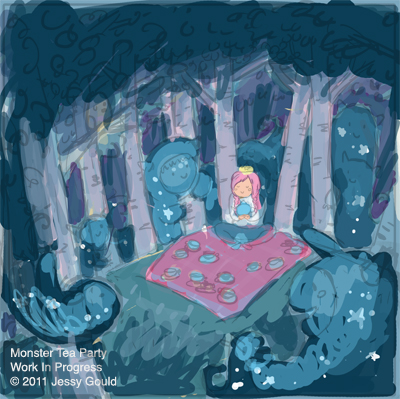 Posted by Unknown at 6:00 PM No comments:

Email ThisBlogThis!Share to TwitterShare to FacebookShare to Pinterest
Labels: Monsters, Work in Progress

So lately I've been doing this thing where I do multiple versions of the same idea.  It's actually kind of fun, and it relieves the pressure of doing things perfect the first time around... so I like it, heh.

These are posted in the order that I made them.... and I rather prefer the way it came out the second time around.  It's a little more time consuming, but I'm kinda like this multiple versions things.  :)
Posted by Unknown at 8:29 PM No comments:

To contact me, please email me at jessygould.art@gmail.com or you can find me at the following places:

Everything on here is copyright Jessy Gould 2008-2012, unless otherwise noted.